Since I was a young girl, I knew my great-grandfather’s name was Adolph Diehl.  I knew he was born in Norway and came to Chicago in the late 1880s where he married my great-grandmother Marie Westby.  I knew of their 9 children because many of them were still alive and living in the Chicago area.
It was later that I learned that Diehl was actually a German surname.  So why did my Norwegian grandfather have a German name?  I will say that it made searching records a bit easier – Diehls from Germany were not of my line.  It also made it harder – most Diehls were from Germany!
I started using computers in the early 1990s to keep track of my family tree.  Once the Internet gained popularity, I made use of it.  I found the Norwegian Census on-line for 1865 and there I found my Diehls in Kristiania (Oslo today)!
Census year: 1865
Municipality: Kristiania
Municipality number: 0301
Street: Toldbodgaden
Town quarter: Vor Frelsers Menighed
This discovery was the first crack in this “brickwall” for me.  It ultimately led to finding cousins in Finland, Sweden, and Germany.  I also found other Diehl family members that emigrated to the United States.  You can see some of them on the Family Diehl web site!
I would like to invite other Diehl cousins to post their memories and early discoveries on this blog.   How did you get started researching the family history?  Share your memories and pictures of the older generations. 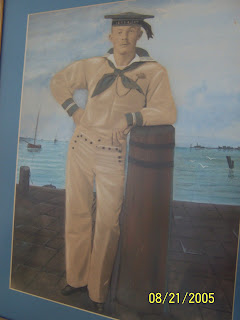 Painting of Adolph Diehl, owned by Donald Diehl
Believed to have been painted from a photograph
Posted by Your Cousin Caron at 11:59 AM 4 comments: